The secret of my success 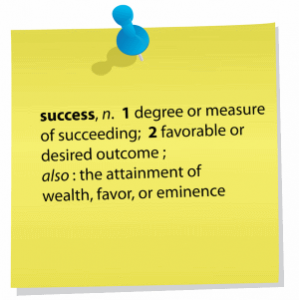 Before anyone reads this blog post title and thinks “Andy’s getting a bit big-headed isn’t he?!”, let me explain: It’s about me questioning the success of my book – it’s a secret even to me. Plus it’s a chance to use the title of a great Michael J. Fox film…

This is a question I’m asked almost daily, by people who know it’s now published. This is great because a) People remember, b) It’s a constant subject to connect to people with and c) I like talking about my book.

It was an easy question to answer when I was writing it. It was also simple during the crowdfunding campaign. Leading up to publication, it was a matter of a progress update. But now it’s out there and mostly beyond my control, how do I respond?

Me (thinking to myself): Damn. I only know Amazon figures, and that even modest monthly sales figures for books that aren’t in the charts are not going to sound impressive to the average person, so I’ve got no chance.

Me: “Er, well…it’s not exactly troubling the charts, but it’s still early days…”

Usual reply: “Oooh! Must be doing great! Hired your tux yet?”

Me (thinking to myself): Damn. It’s not quite the Man Booker Prize or the Oscars.

Me: “Well, you know…one’s just an entry in hundreds, and the other’s a local business shortlist, so chances are I won’t win anything, but it’s nice just to be in it…”

C) “Good, thanks. It’s in a couple of Waterstones, on Amazon and dozens of places online.”

Me (thinking to myself): Hmmm, getting déjà vu here…

So I don’t know all the sales figures yet and I haven’t won anything. Some might say “Of course it’s a success, Andy – look what you’ve achieved!”, and to a degree they’re obviously right. I succeeded simply by getting a publishing deal and getting it onto the shelves. I’m not trying to belittle what I feel is already a fantastic achievement…but does success restart from there? Reset the counter to zero? What actually constitutes success for me now?

The answer has come to me recently. And the source is you – the ones who are actually reading my book. The people who send me unexpected tweets, texts, emails and Skype messages. One minute I’m at work doing some business analysis (that’s what I do) when the phone beeps and a message comes through. Sometimes it’s just an update on what chapter you’re at. Other times it’s you telling me how much you’re loving it. Occasionally, due to a certain event that you’ve just got to, you want to rip my head off (which, believe it or not, is what I expected).

Therefore, my best reply to the question is this one:

D) Me: “Great! I’ve had so many wonderful comments and feedback from people who’ve read it. Just the reaction I wanted.”

Usual reply: “You must be very proud!”

Me (thinking): Yeah, I am actually.

How successful in the charts/awards/wallet my book will end up being will be revealed over the coming months and years.

But right now, it’s achieving just what I wanted it to achieve: Laughs, smiles, and the occasional threat of bodily harm.