My novel, 26 Miles to the Moon, went live on this day, Friday 17th April 2015.  So away from the hard sell, the lapping up of the best wishes, and the thanks – how do I feel about this all?

Honestly? A bit stunned, I think.

Here’s how it panned out…

I’m starting the year on 172 orders, still 78 short of reaching my target. It’s obvious what my one New Year’s resolution is. I think I can do it, but there’s only a few weeks left.

I’ve just reached 200 orders! Double centurion. 50 to go…surely I can accelerate to the finish now? “Ahh, but surely you’ll just buy up the remainder yourself now if it looks like you’re not going to make it?” That seems to be a recurring question. Answer: No. This book’s getting sold…

225. I’m going to do it. I’m going to do it! Yeah so what if I’m being a bit cocky now, but c’mon – 1 week left and just 25 to go? Suddenly I’m being inundated by kind folk suggesting that if need be, they’ll buy up the remainder. That’s just amazing. Everyone is suddenly taking to this as if it’s their own mission. Get Andy his publishing deal! I really think I’m going to do it… 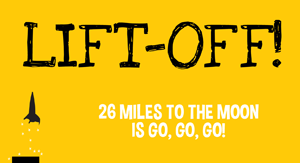 Right, suppose I’d better get some editors and edit this book to within an inch of its life…

A while back, I Photoshopped my cover on an Amazon page to see how the cover would look as a thumbnail there. Today, it’s on there for real, for pre-order.

Man, I’m knackered. Two editors plus a keen-eyed friend have kept me in edits for the last few weeks. Finally, I’ve sent it off to my publisher, BNBS, to get it typeset. Almost there…

I’ve got the first typeset of my book! Wow, it looks like an actual proper book! Just got to go through this now and make a few changes. How hard can that be?

This is ridiculously testing and taking ages. Stoopid book.

It’s 2am and I’m still editing. What if I find more mistakes? Is the damn thing any good? I need more time!

I also have no idea of what my wife looks like.

After over 300 small edits just on the proof, several times reading the whole damn 400+ pages, I’ve signed off the final version to get sent to the printers.

My book’s on its way! I’m going to see my book in just a few hours, actually hold it in my hands! I’m about to be published!

Houston, we’ve had a problem. Due to a slight mix-up, the books took a slight detour and won’t reach me until tomorrow now. Well, I’ve waited nearly 4 years…

After getting home from work, taking the cat to the vets and having dinner, I’m all set to open the box of 25 free copies the publisher has kindly sent me. Yes, I waited until everything was done so I can concentrate on this momentous occasion. Here we go!

And so to today. I’m not sure it’s sunk in yet, still. I didn’t go mad last night, despite the jump. I think I was more relieved that the journey is over. Well, this part of it anyway. Plenty more left to do, I know, but the 45 months it’s taken to get to Publication Day is a long time. Literally thousands of hours of hard work, full of doubt, despair, anxiety, joy, wonder and finally fulfilment.

The Great Space Race is on.

Can I just sit down for a second and clap while it goes past?

One Response to Publication day