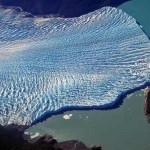 Progress is slow right now. Painfully slow. Imagine a glacier on a particularly lazy day, and that’s the speed of development of my second book. But why is this? Why am I having trouble forming an idea into a novel-worthy plot?

Part of the reason has to be time. For 26 Miles to the Moon, I took time off work and literally sat for hours with an open pad and pen, jotting down ideas until something began to form. These days, I have a thing called work getting in the way. Of course I have plenty of free time, too, but I just haven’t devoted enough of it to sort out a plot. I’m also torn between editing 26 Miles – which seems like the past – and setting up the next one, two entirely different activities and mindsets. I can quite happily go out and run a half marathon on a Sunday afternoon, but I haven’t put aside a couple of hours for my future. Perhaps it’s easier for me to run – I want to keep fit and I know exactly what I must do, how long it will take and will definitely achieve something as a result. Writing, on the other hand, could result in the same amount time spent with little reward at the end.

So what I am currently doing is grabbing some think-time on the train, on the walk between work and Kings Cross and the occasional fragmented moment alone. All of which is not very conducive to formulating a sentence, let alone a plot for a book.

It’s also scary to think that I haven’t written any new fiction for nearly two years. That’s really bad for someone who wants to be considered a writer. Do I try and fit in some short stories to keep me fresh? Or will that distract me even more? It’s so much easier when you’ve got a book plan and just have to get on with it!

Perhaps my subconscious is purposely holding me back until I finish 26 Miles. Maybe I need to get that done and sent to agents before I really get started on the new one. I’m getting tired of telling people when they ask me how the book is going that I’m still editing it. I can almost hear them say, “Still? But you’ve been doing it for ages!” I also want to get into the exciting bit – where every day might be the day I hear from someone who wants to take me and my book on; every day might be the day where I nail the plot for the next book. It will also make for a lot more interesting blog, rather than me moan about how things are NOT going.

One tactic I could do is to set myself a deadline, and then broadcast it. Right here and now I could tell you all a date by which I have to finish my edit, then I’d have to stick to it. Why? Aside from not wanting to let you down, I like challenges. At the end of November, I agreed a challenge to complete 500 running miles for 2012. I needed nearly another 100 in December to do that…and I was going on a cruise at the end of it. Ridiculous. Could never be done with a packed Christmas schedule. But I gave it a go, and on 31st December on a treadmill somewhere in the Red Sea my counter clicked over to 500 miles. I wanted it, I focused and I got on and done it. So yes, I can achieve things when I make myself achieve them.

This is honestly straight out of my thoughts as I write this – it hasn’t been planned. I’m sitting on a train as it rumbles towards Kings Cross and I’m about to commit to a date I don’t know I can achieve. But let’s go for it, Andy. You push yourself at running and broke three records in the last 8 days. Time to push your brain, time to give your fingers a workout and get the words done that need to be done.

By July 31st, you will have completed your book and have sent it out to at least one agent.

And then maybe that second book will start to become a bit easier.

This entry was posted in Writing and tagged 26 Miles to the Moon, book, commuting, deadlines, novel, running, writing. Bookmark the permalink.